RALEIGH, NC — DECEMBER 6, 2018 — Pendo, creator of the leading product cloud for digital products and data-driven product teams, today announced the first ProductCraft Conference, a destination event for modern product leaders to be held at San Francisco’s Palace of Fine Arts on Thursday, May 9, 2019.

ProductCraft’s inaugural conference brings together the smartest thinkers in the field of product management with seasoned practitioners for a day of experiential learning, inspiration, and networking. The conference will include fresh voices presenting new ideas and perspectives that push the boundaries of thinking on product innovation, design, planning and leadership.

ProductCraft will feature a new conference format with salon-style conversations on various stages along with interesting food and drink; an editorial arcade with opportunity to participate in podcasts and video interviews; and an unforgettable party set in a unique location in the shadow of the Golden Gate Bridge. A headline band will be announced at a later date. The event will be held at the Palace of Fine Arts, one of San Francisco’s architectural landmarks, which was built for the 1915 Panama-Pacific Exposition to exhibit works of art from around the world. 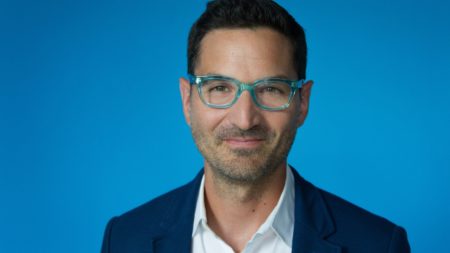 “The discipline of product management is very much on the rise,” said Jake Sorofman, CMO of Pendo, the producer of ProductCraft. “With our various ProductCraft initiatives, we seek to celebrate and elevate the role, creating provocative and insightful content and shared virtual and physical spaces where product leaders can learn from each other. ProductCraft: The Conference brings this together as a marquee event by and for the product community.”

Pendo launched ProductCraft in February 2018 with editorial content produced by and for product leaders. The site has since published hundreds of original articles, videos, infographics, and podcast episodes, including a weekly debate series featuring product leaders from companies like Zendesk, Wix, and Okta. Its Debate Club Live events have drawn more than 1000 attendees to live debates in five North American cities. This conference extends on the momentum built in the site’s first year of operation with a large-scale marquee event.

ProductCraft is committed to diversity and inclusion and has partnered with Women In Product as its premier content partner for this event. Women In Product is a non-profit organization passionate about product management, aiming to build a strong community of women builders and leaders in the tech industry. In partnership with ProductCraft, Women In Product will help source speakers, host an exclusive dinner on May 8th, and host a networking lounge the day of the ProductCraft event.

In addition to Women In Product, initial conference sponsors include SiriusDecisions, MongoDB, and Product Collective. Super early bird tickets cost $499 and are for sale now at https://events.productcraft.com/conference/