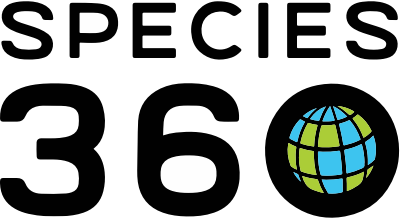 Species360 are a global database for captive wildlife, helping zoos, aquariums, and conservation parks to manage the health of their animals and launch breeding initiatives.

We spoke to Elisabeth, the Member Support and Training Director at Species360 about the impact Pendo Feedback has had on their organization.

Species360 initially collected feedback through their help desk software. Their members could submit tickets with any ideas they had.

This soon resulted in hundreds of open support tickets, with feedback mixed in with bugs and queries. It was a jumbled mess that made it virtually impossible to analyze the feedback and gain any meaningful insights from it.

“We started by having a monthly meeting where we’d try to prioritize the top however-many ideas, but it got unmanageable very quickly.”

They had a monthly meeting where they would attempt to make sense of all the feedback they’d received, but with 8,000 active users submitting their ideas it became unmanageable.

With a lot of duplicates and no way of consistently prioritizing, they were drowning in feedback, and they quickly needed a lifeboat.

After assessing several competitors, Species360 settled on Pendo. They loved a lot of things about Pendo Feedback, but one stand out feature was the simplicity of it, both in terms of setting it up and the clean UI.

“We really wanted a place where we could keep track of enhancement ideas so we wouldn’t lose them. One of the things we were really excited about was the possibility that as a member suggested an idea they could see that somebody else thinks it’s a good idea too.”

They discovered that they could complete most of the implementation of Feedback without taking up too much of their busy Dev team’s time.

While the main integration was completed within a day, part of the implementation process required the feedback they’d collected pre-Pendo be transferred across. Pendo’s Dev team were happy to oblige and helped take all of Species360’s old data and put it into Pendo Feedback. It was fully implemented within a week.

The next step was to invite their members into Feedback. Fortunately, this was straightforward, and their members were very enthused at the idea of their feedback being listened to. They could sign in through the product, meaning no usernames or passwords, and were busy using Pendo in a matter of days.

One of the biggest impacts Pendo Feedback has had on Species360 is that the Dev team have reorganized their process, and are now able to balance demand from their members with their own strategy and vision for the product.

The fact that they are able to vote on each other’s ideas and prioritize has fostered a sense of community among Species360’s members, and they often discuss any ideas and feedback, sometimes even before they’re submitted to Feedback.

“The thing I really love is that when members log in to see what’s going on, they’re asked, “Here’s your fifty great ideas, which mean the most to you?” and so it communicates the idea that we can’t do everything, and it’s up to them to decide what they want the most.”

Finally, Pendo Feedback has enabled Species360 to better assess their members’ priorities. The slider system means that members are aware that only some of their many ideas can be built, and it helps them understand that the product is constantly developing and improving so they don’t feel constrained or ignored.

Overall, Species360 are now able to keep their members’ feedback organized and they are able to balance priorities and demand with their vision for the product, resulting in the best possible product.

So, how would Elisabeth describe Pendo Feedback in one sentence…

“A super, easy to implement, clean interface, that enables users to prioritize their wants and needs for your software.”