When the COVID-19 pandemic hit, PetDesk knew they needed to adapt to meet the quickly-evolving needs of their customers. But their existing feedback tool was clunky, hard to use, and didn’t inspire customer-facing teams to submit critical feedback that could help improve the product.

PetDesk implemented Pendo Feedback to create a unified feedback process as part of their voice of the customer (VoC) program—helping internal teams feel included, improving organization-wide visibility into the product roadmap, and empowering customer-facing teams to communicate with confidence.

Since implementing the Pendo platform, PetDesk’s product team has re-released their product roadmap and has been able to better segment and target customers based on their feedback requests. PetDesk has also since seen a cultural shift towards a feedback-first mindset across the organization. PetDesk creates software for veterinary practices. PetDesk’s solutions include a mobile app to help pet parents stay on top of their pet’s care, plus a full suite of products and tools to help veterinarians improve how they manage and communicate with clients.

Pendo Feedback has helped the team remain bought-in, it’s helped our customer-facing teams feel confident about being able to talk about our value, and it’s been really good as a collaboration tool—providing visibility we just didn't have before.

Necessity is the mother of invention

It’s one thing to simply ask for feedback from your users. It’s another thing entirely to put customer feedback at the heart of your product and customer experience processes. Pendo helps teams make sense of it all—while making it easy to get everyone on board.

PetDesk first started using Pendo’s analytics and in-app guides just before the COVID-19 pandemic hit. But when the world turned upside down, they knew they had to adapt. “We had to change our business model and refocus on what our customers were saying was happening in the market,” said Shona Fenner, product manager at PetDesk. “Because [our customers] are essential businesses, their communication needs changed entirely—and we’re a communications platform. We had to pivot.”

The pandemic was just one driving force behind PetDesk’s journey to becoming a more feedback-driven product organization. “We realized we needed a cohesive voice of the customer (VoC) solution, not just for what happened with COVID, but for everything,” said Fenner. “We’d touted ourselves on being data-driven and listening to customers, but we didn’t have a mechanism to do it very well.” The PetDesk team saw the value of building on the robust customer insights they had already started to gather within the Pendo platform—and decided to implement Pendo Feedback, too.

Fenner and her team wanted a VoC solution that could improve visibility across the organization and inspire PetDesk’s customer success teams to feel included in the product roadmapping process. They started with the goal of replacing their old internal-facing feedback collection tool—which relied on manual inputs and didn’t give stakeholders a clear line of sight into the outcomes of their requests. “I knew our team didn’t use the old solution, and I didn’t either, because I felt like I was screaming into a black hole,” said Fenner. “What helped us create buy-in [for Pendo Feedback] was making it super visible.”

Fenner and her team rolled out Pendo Feedback internally, encouraging customer success and account managers to submit feedback on behalf of their customers. They placed links to Pendo Feedback in various commonly used apps (including Salesforce and Zendesk) to make it easy to find and to encourage timely feedback submissions. Fenner also set up an internal Slack channel where stakeholders could post links to their submitted feedback requests to increase visibility and solicit upvotes from their peers. “[That channel] is also an opportunity for me to celebrate the [customer success] team for doing an awesome job,” said Fenner. “If they’re adding hundreds of votes on behalf of their customers, that takes effort, and it’s definitely worth applauding.” Creating this unified hub encouraged PetDesk’s internal teams to build new habits around feedback—and even improved team morale. “We’ve seen a lot of success with just getting our internal team to vote [or submit ideas] on behalf of customers,” said Fenner. “It helps our team feel empowered, and like they’re part of the roadmapping and decision making process.” Giving these teams access to the feedback portal—and a direct line of sight into the product roadmap—has also improved the quality of the requests PetDesk receives. “It’s incredibly useful because customers don’t always know what they want—but our customer success team can help us get closer to that,” Fenner explained.

Since implementing Pendo Feedback, PetDesk’s product team has re-released their product roadmap. They’re also now able to seamlessly close the loop and communicate updates back to the customer success organization (and in turn, customers). And because Fenner and her team are using the full Pendo platform, they’ve been able to leverage both qualitative and quantitative data from Pendo to achieve more granular user segmentation. “We can look into who voted for what things, identify [common themes], and [determine] who we might want to engage for testing—then target them with in-app guides,” said Fenner.

This focus on feedback has even touched teams beyond product and customer success—encouraging curiosity and ownership across the company. It’s also fostered a culture of transparency and collaboration that has permeated all levels of PetDesk. “We have a meeting called ‘OPP,’ or ‘Other People’s Plans,’ where we take what’s happening in Pendo Feedback, slice and dice it in a few ways, and show it to different stakeholders,” said Fenner. “It’s helped the team remain bought-in, it’s helped our customer-facing teams feel confident about being able to talk about our value, and it’s been really good as a collaboration tool—providing visibility we just didn’t have before.” 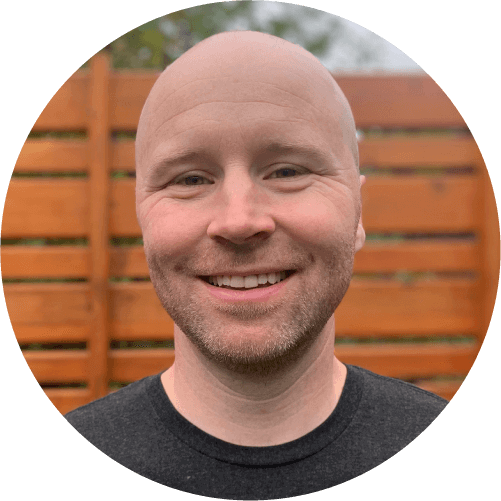