The team at Vertify wanted to base its product roadmap on customer priorities, but it needed an unobtrusive way to collect enough user feedback to make confident decisions about what to focus on.

Vertify leveraged Pendo’s in-app guides, both in the form of poll and survey responses and indirectly in the form of guide engagement data, to get a better sense of what features and metrics mattered most to their customers.

By using Pendo, Verify not only collected enough robust feedback to inform its roadmap and an important benchmarking whitepaper, but also saw user engagement with guides increase by 25-30%. 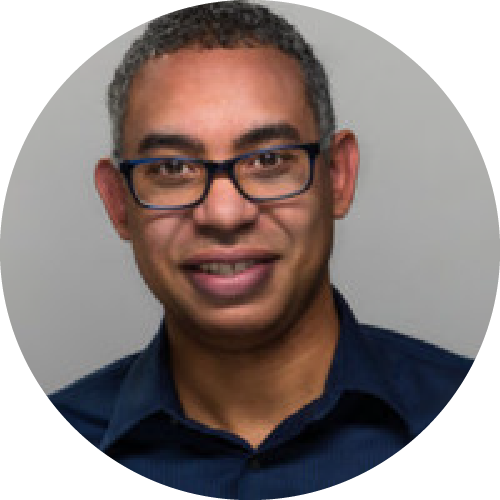 Co-founder and head of product

Our original use for Pendo was to understand what our users were doing in our product, but ‘Pendo’ing’ as a verb for us quickly came to mean collecting feedback.

Aligning the roadmap to customer wants and needs

If a company wants to operate at maximum efficiency, then it needs its tech stack to function as a smooth, seamless, and integrated system. That includes being able to view and analyze data holistically, irrespective of the specific app it originates from. Vertify understands the importance of product integration, and provides a no-code solution to help revenue operations teams unify their digital revenue tools into a single system, regardless of whether those tools have native integration capabilities or not.

As it continues to optimize its platform, Vertify is using customer feedback to inform its product roadmap. A challenge is to ensure they have the right amount of feedback to act confidently. “We want to make sure that when we’re trying to prioritize the next set of features and capabilities that we have enough feedback,” said Wayne Lopez, a co-founder and head of product at Vertify.

Part of Lopez’s role is to make sure the company is collecting feedback in diverse ways. Traditional feedback collection methods like phone calls or Zoom interviews are still helpful, but there’s a limit to how many customers one can get to participate in these, and one never wants to rely on a single feedback source too much. To make sure it was getting the right volume of feedback to confidently inform its product roadmap and decisions, Vertify turned to Pendo—in the form of in-app guides.

“We quickly realized that with Pendo guides, not only could we run polls and surveys, but we could even collect feedback based on [engagement with] a specific guide that might just be promotional—say, a product announcement or a launch alert,” Lopez said. In other words, the Vertify team quickly realized that engagement with guides was itself a form of feedback, regardless of whether the guide in question was explicitly feedback-oriented.

What made collecting feedback via guides so helpful for the Vertify team was that it happened within the app, in an unobtrusive way. This led them to choose in-app guides both as the means to reliably collect 30-40% of their total feedback, as well as gather feedback that would inform a whitepaper centered on five to six benchmarks related to the app.

“We were able to use Pendo to understand who was engaging with certain parts of the app that we wanted [to feature in the whitepaper]” by deploying guides highlighting benchmarks around those features, Lopez explained. At the same time, the guides also served an alternate purpose. “We also wanted to use them as a promotional point as well. So if customers weren’t using certain parts of the app, we wanted to show the guides to see if those features were of any interest to them.”

Using in-app guides, Vertify was able to come to real insights about which metrics and benchmarks customers cared about most, helping shape both their product roadmap and the final form of the white paper. “It really helped drive how we ranked the metrics that we included in the white paper,” Lopez said. At the same time, the guides ended up serving the promotional goals that Vertify hoped they would. “We were able to uncover a lot of customers that had no idea about certain product features,” Lopez explained. “The guides turned into a lead generation mechanism.”

A final takeaway and added bonus from Vertify’s use of guides for the project was key learnings related to how to boost guide engagement. Through relentless testing of serving different guides to different customer segments on different pages at different times, Vertify was able to hone its deployment tactics such that audience engagement rose to an unprecedented level. “We saw about a 25 to 30% uplift in guide engagement,” said Lopez. “The project taught us a lot about guide placement, ordering, and activation.”