After using Pendo to understand and improve the customer experience, the Okta team realized that they needed to rethink the segmentation and timing of their in-app communications to admins—otherwise, they risked bombarding them with too much information that ultimately, goes unnoticed.

Okta set out to improve their guides strategy and leveraged the Pendo Resource Center to offer guides and walkthroughs to admins on-demand, allowing them to self-serve and consume information on their own time.

After comparing this self-serve experience with the same guides that were triggered automatically, the Okta team saw a 69% increase in guide completion rates, an 18% increase in adoption of key features, and that 78% of guide views in the Resource Center were repeat visitors.

Okta is an identity and access management provider. The Okta Identity Cloud enables organizations to securely connect the right people to the right technologies at the right time.

increase in adoption of key features

Pendo is my go-to tool when I have a question or hypothesis. If I want to answer a question about how our customers are adopting our product or how I can better serve them in the application, that all begins with Pendo.

Marketers are constantly looking for ways to ensure customers get the most out of their product. From early stages like onboarding all the way through to renewal, the work to boost adoption, satisfaction, and retention never stops. And while traditional marketing channels like email and social media are effective in some cases, the best marketing channel is actually the product you’re selling—which is where Pendo comes in.

As a Digital Growth Manager at Okta, Hannah Ricker is acutely focused on helping customers realize maximum value from the Okta platform. She and the broader team have turned to Pendo to understand (with product usage data) and improve (with in-app guides) the customer experience. Ricker explained, “I use [Pendo data] to power our in-app programs, so that we can determine not only how customers are currently engaging, but how we can better support them in their adoption of Okta.”

Over time, Ricker saw that it is in fact possible to have too much of a good thing. Since anyone on the team could create a Pendo guide, they had a lot of in-app messages live in the product at the same time. The team realized that getting the segmentation and timing of those communications right was easier said than done. “We might target the perfect user, but if they’ve logged in to accomplish another task, we’ve missed the mark on timing,” said Ricker.

Okta also observed that most of their guides were originating from the same page in the platform. “When admins were logging in, they were getting bombarded with multiple messages, which diluted the impact of the messages overall.” After making these observations and seeing low guide completion rates, Ricker set out on a mission to refine Okta’s guide strategy and create a better experience for their customers.

The power of personalization and self-service

Rather than triggering in-app guides automatically, Ricker had a hypothesis that providing this information to users on-demand via the Pendo Resource Center would improve guide engagement and overall adoption. To test this theory, she replicated the existing guides targeted to Okta admins and housed them in the Resource Center. For a given time period, Ricker was able to compare engagement and conversion rates for guides that were automatically triggered with those that were self-selected by admins in the Resource Center.

There was also an effort to better personalize Okta’s in-app guidance. “With the Resource Center, we wanted to deliver value to users when they wanted it and where they needed it,” said Ricker. “Using guide personalization and Pendo data, we were able to surface guides based on users’ unique adoption patterns.”

Another initial change was around the messaging of Okta’s in-app guides. Ricker explained, “Rather than just giving the ‘how,’ we wanted to shift the message of our Pendo guides to focus more on the ‘why.’” Ricker worked with the product marketing team to understand how to best position certain product areas and features, and partnered with customer success managers (CSMs) to understand what’s most important to customers. As Ricker put it, “We wanted to make sure that we were not only explaining to users how to accomplish a task, but also why it matters to them and their business.”

After testing this new self-service offering, the proof was in the data: “We observed a 69% increase in guide completion rates for users who surfaced guides through the in-app Resource Center versus those who had guides pop up automatically,” said Ricker. The team also saw an 18% increase in adoption of key features promoted in the in-app guides. “Not only were our guides getting more engagement and users were making it further through the walkthroughs, but they were actually accomplishing the task we wanted them to accomplish.”

Another powerful stat that proved this value was around repeat visitors. Ricker explained, “78% of guide views were actually repeat visitors, so they saw some value and they kept returning. To me, this shows better impact and engagement from an adoption perspective. And it’s just a better experience for our admins compared to the guides that automatically triggered.”

Finally, Ricker noted that this experiment also caused the team to think critically about what information (and which in-app guides) actually should appear automatically for users, for example guides about features for which they need to drive awareness. 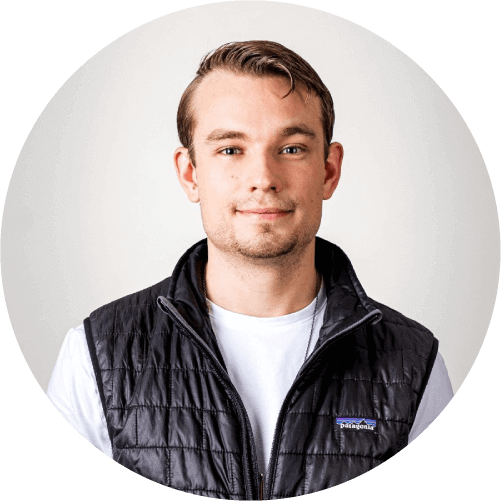